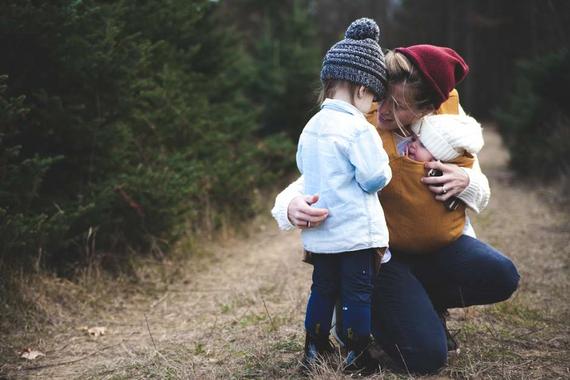 Dr Vincent Felliti and Dr Robert Anda in their pioneering Adverse Childhood Experiences (ACEs) Study, demonstrated the indisputable evidence how adverse childhood experiences (ACEs) negatively affect a child right up to his adult life. They also showed that childhood trauma was very common. It happens in normal middle-class and upper-class homes not just the homes of the lower classes.

What are Adverse Childhood Experiences

Adverse Childhood Experiences are events in a child’s life which are stressful. It could be a one-off incident but is usually a series of events/ experiences that happen over longer periods. Sometimes the conditions last one’s entire childhood. The types of experiences which could cause a child traumatic stress are physical, sexual and emotional abuse, physical and emotional neglect. violence against a loved one – mother or sibling, substance abuse – alcoholic parents or parents on drugs, mental illness, death of close family,  divorce or separation of parents. And a parent who has been incarcerated.

Besides these, there is neglect – both physical and emotional which may not be so apparent nonetheless are deeply wounding. What causes toxic stress in a child is the seemingly unending series of negative situations with no resolution in sight. There is no escape. The child cannot protest or express his needs this leads to devastating consequences on a child’s long-term, mental and physical health.


Effects on the brain and body

When a young child is exposed to continuous stress where supportive adults are absent either physically or emotionally, his brain systems get overloaded, his body’s natural homeostasis gets compromised. The body is in a state of constant fright-flight and freeze. The stress hormones like adrenaline, cortisol and epinephrine flood the body continuously and cause an allostatic load.   Since a child’s brain and body is still developing they are just not equipped to handle this kind of burden.

Scientific research has shown that chronic stress significantly changes a child’s brain development. Consequently, these impairments influence the way a child is able to learn, play and grow. Traumatised kids are unable to regulate their emotions, they are always hyper-vigilant. This not only affects their outlook of the world and their relationships, also affects their body’s regulatory systems.

Subsequently, they end developing a series of health issues like asthma, skin infections and a host of other illnesses.  Due to an impaired ability to self-soothe and emotionally regulate they turn to drugs, alcohol, food and other negative habits. Eventually, these behaviours and the inflammation caused from a toxic childhood cause later health problems including diabetes, cancer, heart, lung and kidney disease, arthritis, scoliosis and a seemingly endless list of other health problems.

It is well documented now that childhood abuse compromises a child’s physical, emotional and spiritual development. Growing up in a home where one’s sense of safety is compromised daily, affects one’s view of the world. As an adult one is ill-equipped with the skills to navigate life. Thus most abused and neglected kids turn to some kind of escape like drugs, alcohol and unhealthy relationships.

The common history of delinquents and criminals is childhood abuse. Without loving caring and loving adults a child cannot know right from wrong. He is in a state of reactivity. It has been well-documented that a  history of childhood abuse or family violence is the usually the precursor of later violence. According to noted psychologist Alice Miller, “Child abuse like beating and humiliating not only produces unhappy children, not only destructive teenagers and abusive parents but thus also a confused, irrationally functioning society.”

To change the landscape of human development one needs to address the way we bring up our kids. More than half of us have an ACEs score of at least five and above. A large number of us were emotionally and physically abused maybe not in very apparent ways, nevertheless, this makes us vulnerable to enacting our past traumas.  Many of us swear that we would not become like our uncaring mother or verbally abusive father. However, history has a way of repeating itself when we are we are triggered by life’s unending stresses.

Many a time I too have been guilty of this playing out and have been horrified at myself. When our Toxic Parent Brain rears its ugly head, we inevitably become replicas of our parents. Shouting, stomping, swearing, hitting behaviors too shameful to accept or acknowledge.

How not pass on such “sins,” on to our kids and repeat the endless cycle of intergenerational trauma it becomes essential that as parents we accept, understand and heal our own traumatic history.  As parents, we need to be aware of the effect of ACEs on our kids and how we can help them develop resilience by giving them the support and loving care. First, we need to resolve our own past or we could end passing our damaged psyches to our children.

Got Your ACE Score?

Wounds That Time Won’t Heal -The Neurobiology of Child Abuse

How to Give Kids Cancer

For Your Own Good: Hidden Cruelty in Child-Rearing and the Roots of Violence by Alice Miller