Skip to content
Latest News
Shapeshifting and Scoliosis – Transforming Into A New Self
Defense Mechanisms: Transferring Our Past Onto Our Present
Honing Critical Thinking Skills In Your Child Early

Food has been the cause of deep wounding from which I am still recovering.  I have suffered from a different kind of food trauma. But it is not uncommon.

And it had nothing to do with poverty, being in a war-zone, or being a victim of famine or flood.

It was because of the meanness of the people who I thought were family.  I was excluded, rejected and denied from partaking in this basic kinship behavior – sharing of the food available. 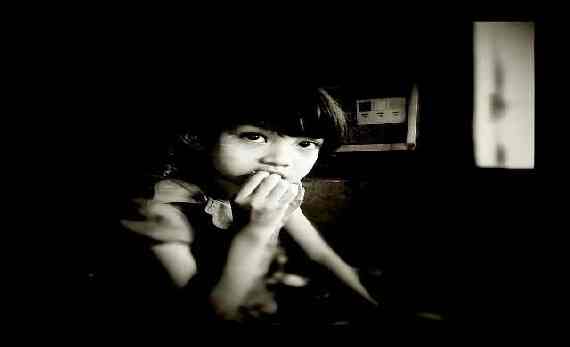 Not being included and have to surreptitiously look on while the family was eating or know that food was hidden from you is devastating. Particularly, if you are already coping with your mother’s death and father’s abuse.

It was humiliating to be willfully sidelined. This food trauma has colored my entire adult life.  The feeling that you were not good enough, to be part of the breaking of bread. For years I felt I was unworthy, I did not belong – the outcast.

As a child when you watch your cousins eat while you are not included in partaking of the food. Or to know that your grandmother has deliberately hidden a food item so as to give it to her daughter (my aunt). The pain of exclusion cuts deeply within your core. Furthermore, these were not one-time stray events, they were regular and intentional.

A denial of your feelings, not including you, not considering you human. The message was – you are not one of us.

Being intentionally left out made me feel like a beggar. And this beggarly feeling colored all facets of my existence.

I was forever hungry and given the chance, I would binge eat and at times steal food. But it did not fill that deep void within me. That I am not good enough.

In subtle and sometimes very definitive ways food defines our personality. And, it not just about our foods preferences. It is how our mothers, fathers, siblings and the many myriad people in our lives defined their relationship with us by their generosity or meanness viz a viz food.

Painful Feeling of Being Excluded From Food

I clearly remember going to my grandmother’s home and my mother’s brother was giving his son, (my cousin)  juice. It would have been good manners to offer another child present. Moreover, I was family. But no I could see him resenting me for being because as a child I could not hide my painful longing for juice.

However, being ‘well-brought up’,  I hate that term, I did not directly ask for it. But it hurt like hell. Over the years this was his regular practice to just ignore us, kids, when giving his children food. And not sharing with us had nothing to do with him being poor, it was simple meanness. Yes, it was poverty of spirit.

And we were expected to babysit these cousins. It was a double wounding – being excluded and being used.

I know I should have protested and asked for that was my right as a family member. But I had been brainwashed into believing that I have to forgive the sins of others.  Only now I realize that turning the other cheek and forgiving only encourages obnoxious behavior and wickedness.

Not having this basic need of being included in the sharing of food affected my self-worth. Being treated in this beggarly fashion made me grow up with that feeling of something is lacking within me. Even though I have had enough food, I still feel nervous whenever I have to go to a party or visit someone’s home for a meal.

According to psychologist Abraham Maslow’s theory of the Hierarchy of Needs, our physiological needs air, food, drink, shelter, clothing, warmth, sex, sleep are primary to our well-being. If these needs are not satisfied the human body cannot function optimally. And if these needs are not fulfilled all the other needs become secondary.

Growing up with this food meanness really messed up my relationship with food and my belief in humanity.

Even shopping for food feels stressful. I buy food items and then feel guilty about it.  Or I don’t buy thinking it is expensive and then obsesses over wanting it so badly.

Looking back I now realize that it was meanness at it’s vilest. To hide or deny a child food which is available is morally repugnant. It is not at all good Christian behavior. Maybe their behavior had nothing to do with me and was the accumulation of their own unresolved food trauma. Nevertheless, it was deeply wounding

I find healing in reciting in Psalm 23, The Lord is my shepherd – You have prepared a banquet for me where all my enemies can see. You welcome me as an honored guest and fill my cup to the brim.

And, by indulging myself and eating whatever I was denied as a child.