Skip to content
Latest News
Shapeshifting and Scoliosis – Transforming Into A New Self
Defense Mechanisms: Transferring Our Past Onto Our Present
Honing Critical Thinking Skills In Your Child Early

The first step to recovery from childhood abuse is acknowledging the hurts and feeling the pain. Being emotionally, physically or sexually abused is unbearable for a child. When there is no restitution in sight, the only way to not go totally mad is to switch off one’s FEELINGS, albeit subconsciously. 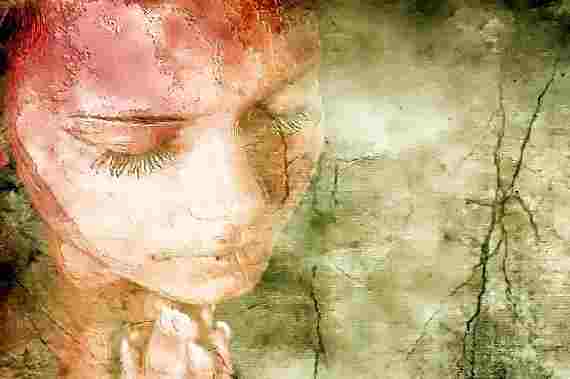 The situation in my dysfunctional home did not allow any space for MY feelings. Without a doubt, it has prevented me from expressing any needs or protesting against any iniquities.  An innocent child dealing with unbridled hate and the ubiquitous silent treatment of rejection was too much to tolerate. I remember suppressing my tears and swallowing my rage. Showing a nonchalance for any ridicule and rejection.

To protect myself I erected a wall, blocking all feelings. No longer would I be hurt or feel pain, all the emotions that make one feel helpless and emotionally raw. At that time it was the only way to survive the emotional holocaust but at a terrible price.  By blocking my feelings my emotional growth was arrested in a time zone of a 13-year-old.  The time of my life when it was totally shattered by the devastating accusation of an evil narcissist aunt.

After that, the predominant feeling was a feeling of numbness I was like a watcher, an actress playing a part that brought no feeling of pleasure or joy.  Anhedonia is the term for this ‘zombie-like’ or ‘half-dead’ state.  Even when I held my son after he was born I felt nothing. Oh, analytical part of me knew I had to take care of him but emotionally I felt nothing.

The fallout of anhedonia is alexithymia which is the inability to identify or express one’s emotions so as to appear normal before others. Alexithymia is the Emotional Disconnect Behind the Mask of Normalcy.

Further, for the sake of survival, one has to numb one’s emotions which inevitably remain stuck in the emotional right hemisphere of the brain. When emotions are consciously or subconsciously blocked from being processed, the connection between the two hemispheres is disrupted. The corpus callosum – the bridge between the right and left spheres shrivels up from sustained abuse. Thereby, transfer of emotional information from the right hemisphere to the left hemisphere, where associations between language and feelings occur cannot happen.

Subsequently, an abused child slowly stops feeling her emotions. Despite feeling emotions, she is unable to convey it according, Dr. Henry Krystal, a pioneer of trauma science, coined the term, alexithymia.

Furthermore, the aftermath of being falsely accused was traumatic amnesia. A week after being falsely accused I had gone to my grandmother’s home to escape from my father’s abuse. Despite the earlier incident, my grandmother coaxed me to go for a drive with the same Uncle who I was accused of seducing. The reason given was “I would feel better”. On one hand, I was accused while on the other hand I was encouraged to go out with the man. The contradictions were too much for my mind. Trying to make sense of a frightening and conflicting situation. My tender mind could not take the utter chaos. I blanked out. I did not remember these incidents till after I had a breakdown 15 years later.

Traumatic amnesia, for various reasons and in many ways, freezes those experiences either in the subconscious (or in cognitive obscurity) such that they are inaccessible.

Finally, my broken parts are being glued together. Like the Japanese art of Kintsugi that teaches that broken objects are not something to hide but to display with pride. My back which was twisted due scoliosis has become straighter with the healing of my emotional wounds. I feel a deep peace at the process of becoming who I was truly meant to be.

Alexithymia, Anhedonia, and Amnesia are protective mechanisms that help your body and your psyche to survive profound emotional distress – somewhat intact.  The emptiness and numbness that I’ve felt most of my life is slowly fading away. I can feel myself, my needs and desires. I can actually feel joy. I’ve begun to feel more comfortable expressing my dislikes and other negative emotions.

It has been a long and painful journey trying to make sense and healing the wounds of my past. Being a mother has helped thaw the frozen parts inside me.